Pokemon Ultra Violet Version is a hack of the GameBoy Advance game Pokemon Fire Red Version. This new game has been altered in many ways to make the game more enjoyable, but it still has the same general design and story as the original Nintendo release. Among many other improvements, it has been made so that 1 player with 1 gamesave can play through the entire game and actually catch all of the Pokemon from the first 3 generations.

Right off the bat, when you begin to play you will notice the new title screen. Along with the TitleScreen you may (or may not) notice that the stock names chosen for you (if you press start with no name typed) have been augmented to reflect the game title, you will not find FIRE or RED as a name anymore, but ULTRA and VIOLET… also the rival names have been altered to match a fictitious rival game (based on blue version).

Also, as you are getting your first Pokemon you may or may not notice an option to Catch your First Pokemon. If you talk to Professor Oak without choosing any of his 3 Pokemon, he realizes you do not want his hand me downs, and offers to let you catch your first Pokemon by your self. He will take you to one of his facilities and let you throw your fill of Safari Balls at some rare Pokemon until one is finally your Partner. Be sure to catch a good one, you will never be able to go back to that area again. If you choose this option, while you are gone, your impatient Rival picks Charmander as his partner.

All pokemon from Fire Red and Leaf Green, that are catchable, will be residing in the area that they were obtainable in the regular version of the game. For example; on route 24 in Fire Red you can find Oddish, but in Leaf Green you will find Bellsprout… in Ultra Violet, you can find BOTH Oddish and Bellsprout.

There are 2 instances where you are given a choice between 2 Pokemon. In Mt. Moon you choose between Kabuto and Omanyte (by picking a fossil) and in Saffron you pick either Hitmonlee or Hitmonchan after defeating the Karate Master. In Ultra Violet you are allowed to take BOTH Fossils and BOTH fighting Pokemon. This makes it so there is not random location with these rare Pokemon residing. It would be silly to find extinct Pokemon chilling out on Route 14 wouldn’t it. The 3 starter Pokemon are scattered throughout the land. They are rare and in logical locations. Prof. Oak was a real traveler back in his youth.

Pokemon that you need to trade to evolve have been modified so they evolve in some other way now. You don’t need to trade to do anything. Even Pokemon above 151 that would require you to trade with an item now evolve without trading, either by stone or level or some other logical manner. That includes Eevee and her night/day evolutions. Fire Red has no clock, so Umbreon and Espeon were impossible to get… now they are not. (no, a clock has not been added) All these, along with Mew being added in an undisclosed location, that covers all of the first generation and nearly all of the second generation Pokemon.

For the few remaining Gen 2 Pokemon that you could not originally aquire in Fire Red or Leaf Green, they have all been added in the Sevii Islands. All the ones (plus some) that belonged in Altering Cave are there, and all the rest are hidden throughout the islands in logical locations. Getting Hooh and Lugia and Dyoxis is now possible without going to a Nintendo event. You get to travel to the last 2 islands and catch them as if you had attended the event, you simply buy the ticket at the store and take the boat as normal.

The final Pokemon that need to be added are the 3 mystical dogs; Raikou, Entei, and Suicune. In Fire Red or Leaf Green, one dog is released based on your choice of Pokemon at the beginning of the game. That dog is then released into the wilderness of Kanto and you must find him and catch him… What about the other 2? You cannot get them in Fire Red or Leaf Green without trading. New locations had to be implemented, with new events that allowed players to catch the other 2 dogs. the correct 2 dogs. So if you look hard enough in Kanto you might just find the 2 dogs that are not roaming around chilling by the road or perhaps in a cave somewhere. Based on which starting Pokemon you chose, you may find any of the 3 in either location. Charmander has Suicune roaming Kanto, Raikou in location 1 and Entei in location 2. Bulbasaur has Entei roaming Kanto, Suicune in location 1 and Raikou in location 2. Squirtle has Raikou roaming Kanto, Entei in location 1 and Suicune in location 2. 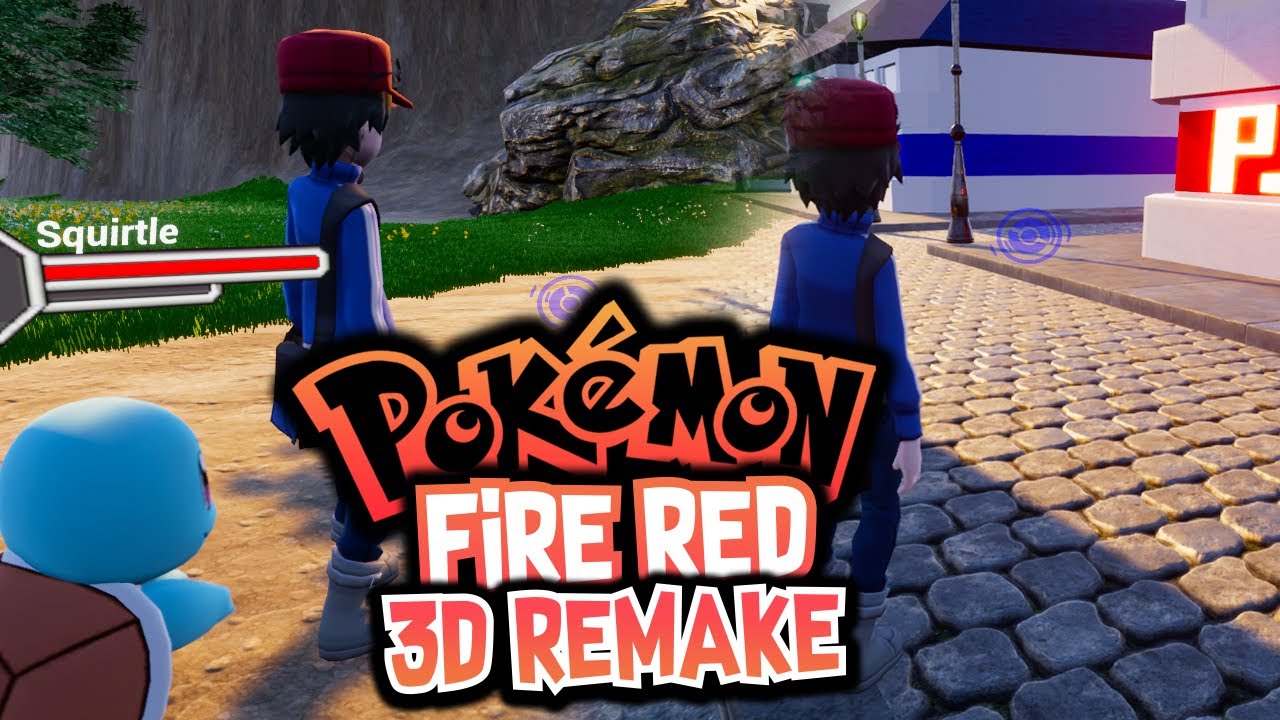 There has been some store and text modifications to match the new layout of Pokemon and new events. For example, Fire Red and Leaf Green have no sun stones… you cannot evolve Sunkern without a sun stone. So now sun stones are available in the Pokemart.

There has been a new Island added. To get to the island you must talk to the girl in the southern most house in Virmillion city. This new island, 4-Points Isle, houses ALL gen 3 pokemon… there are several new events and areas to explore. (updating will not hurt version 1.10 gamesaves)

Final update… no more work will be done on this hack…

EVERY Pokemon has been double checked as obtainable, a few new events have been added, (a celebi event in berry forest, try killing celebi before you catch it)

Safe to play with all previous gamesaves…

Also, a players guide has been added to the .rar… Use it… Its got the locations of every pokemon, item, and tm in the game… as well as an in depth walkthrough of every event…

Originally used for testing scripts, Fire Red 251 eventually became a hack that tries to be as low-key as possible with it’s modifications, while improving the game for the better.

This hack aims to do the following: