Spectacular event will be captured live and released on DVD, Blu-ray, Album and Download in November.

To mark its 25th Anniversary year, Andrew Lloyd Webber and Cameron Mackintosh present “The Phantom of the Opera” in a fully-staged, lavish production, set in the sumptuous Victorian splendour of the Royal Albert Hall with a cast and orchestra of over 200. Now audiences around the world are invited to join the celebration on Sunday October 2nd when the event is beamed live via satellite to cinemas across the globe.

The Phantom Of The Opera Movie

“The Phantom of the Opera at the Royal Albert Hall” will be screened live in around 250 cinemas nationwide across the UK at 7pm on October 2nd. The event will also subsequently be released on November 14th on DVD, Blu-ray™, CD and Download as a must-have anniversary release for fans everywhere. The staged version has never been available before to own on DVD or Blu-ray, and “The Phantom of the Opera” original cast recording album remains one of the biggest selling music titles of all time. A limited edition 4CD and DVD Collectors’ box set will also be issued to celebrate 25 years of “The Phantom of the Opera”.

The event will also be screened live on over 500 screens in North America on October 2nd with additional broadcasts in cinemas on October 5th and 6th, with a special encore on October 11th. Canada will broadcast on Oct 3 with additional screening on Oct 22nd. Australia has a special premiere screening at the State Theatre in Sydney on October 8th, followed by screenings from October 13th – 23rd. December 8th sees the home entertainment release on DVD in Australia / New Zealand. 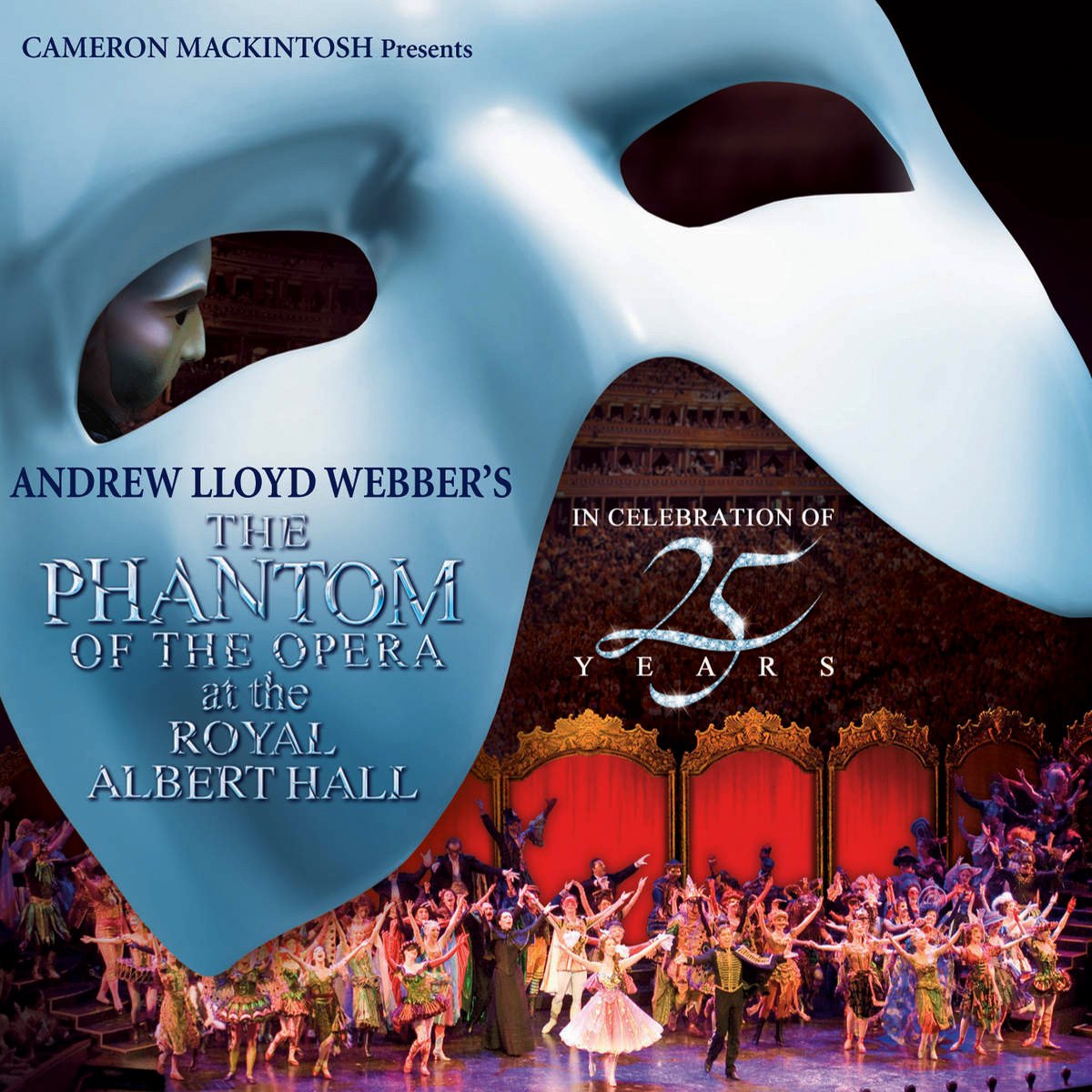 Other International markets including Europe and Japan will hold event cinema screenings during October, with DVD and Blu-ray™ releases following in early 2012.

“The Phantom of the Opera at the Royal Albert Hall” will star Ramin Karimloo as ‘The Phantom’ and Sierra Boggess as ‘Christine’. They will be joined by Barry James as ‘Monsieur Firmin’, Gareth Snook as ‘Monsieur André’, Liz Robertson as ‘Madame Giry’ and Wynne Evans as ‘Piangi’, together with a cast and orchestra of over 200 and some special guest appearances.

Ramin Karimloo‘s theatre credits include, leading roles in “Love Never Dies” (2011 Olivier Award Nominee and Winner of the 2011 What’s On Stage Award, both for ‘Best Actor in a Musical’), “The Phantom of the Opera” (Theatre Goers’ Choice Award Nomination) “Les Misérables”, “Miss Saigon”, “The Pirates of Penzance” and “Sunset Boulevard”. Ramin had the privilege of performing as ‘Enjolras’ in “Les Misérables – A Special Concert at Windsor Castle” to celebrate the centenary of the Entente Cordiale, in front of Her Majesty The Queen and also reprised the role for the 25th Anniversary celebration of “Les Misérables at The 02”. Recordings include: his own album “Within the Six Square Inch” and the première symphonic recording of “Love Never Dies”. Ramin has signed with a major label and is currently recording his first solo album.

Sierra Boggess is currently starring opposite Tyne Daly in the Broadway revival of Terrence McNally’s “Master Class”. Prior to that, she starred in Andrew Lloyd Webber’s “Love Never Dies” in the West End. For her performance as ‘Christine Daae,’ Sierra received a 2011 Olivier Award nomination for Best Actress in a Musical. Sierra’s other NY theatre credits include starring as the title character in the Broadway production of Disney’s “The Little Mermaid” (Drama Desk and Drama League nominations and Broadway.com award for Favourite Breakthrough Performance) and in the City Centre Encores! production of “Music in the Air”. She starred as ‘Christine’ in “Phantom – The Las Vegas Spectacular” and has been seen in the national tours of “Les Misérables” and “West Side Story”. Recordings include the Symphonic Recording of “Love Never Dies” and the Original Cast Album for Disney’s “The Little Mermaid”.

“The Phantom of the Opera” became the longest running show in Broadway history on 9 January 2006 when it celebrated its 7,486th performance, surpassing the previous record holder “Cats”. This coincided with the Broadway and the US national touring company celebrating an unprecedented 20,000 performances in the United States. In October 2010 the London production celebrated its 10,000th performance.

“The Phantom of the Opera” has won over 60 major theatre awards, including seven Tony Awards on Broadway and three Olivier Awards in the West End. It won the ‘Most Popular Musical Audience Award’, voted by the public, in the 2002 Laurence Olivier Awards. “The Phantom of the Opera”, which opened at Her Majesty’s Theatre on 9 October 1986 starred Michael Crawford as ‘The Phantom’ and Sarah Brightman as ‘Christine.’ It is produced by Cameron Mackintosh and The Really Useful Theatre Company Limited.

Worldwide, “The Phantom of the Opera” has grossed over $5.6 billion. The box office revenues are higher than any film or stage play in history, including “Avatar”, “Titanic”, “ET” and “Star Wars”. It has been seen in 145 cities in 27 countries and played to over 130 million people. “The Phantom of the Opera” is currently showing in London, New York, Budapest, Las Vegas, and Kyoto.